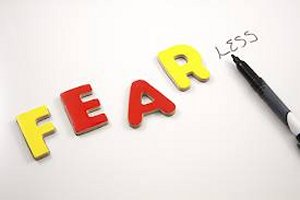 The number of people who approach me with comments such as “I'm scared to even try” to build an Internet or affiliate marketing business is astounding and breaks my heart.

And then there are those who assume that I was born to be successful, whereas they are somehow flawed and have no chance at success.

For all of them, I have a story to tell…

Mom and Dad were 45 and 38, respectively, when I was born. I was their first and only child.

As recent immigrants to Canada and not particularly social, my parents had very few friends and rarely had people over to visit.

Because my mother worked as a night nurse, I was not allowed to bring friends home to play in the after school hours or on weekends, as her sleep was not to be disturbed.

Inheriting their ‘short people' stature, I was always the smallest and and therefore the last kid to be picked for sporting events at school. Actually, I was never really ‘picked'. I was the kid whom the team that lost the toss-up had to grudgingly accept.

Those factors alone left me isolated and intensely shy.

And then, for good measure, they installed the self-doubt and lack of self-esteem software. 🙂

As quiet as I always tried to be, my mother was forever angry with me for making noise and waking her up. Of course, the squeaky wooden floor between the bedrooms or door hinges that were never oiled were never to blame … everything was always my fault.

Excellence was not encouraged, simply expected.

However, despite multiple awards, school crests and constant straight A's, they were never satisfied and I was never good enough. Comments like “You're not ____ enough”, and “Why can't you play the piano like ___?” were doled out daily.

Phrases such as ‘good job', ‘well done', ‘smart girl' or even ‘I love you' had escaped my parents' lexicon.

As icing on the cake, my dad was a clinically-depressed alchoholic (a mean drunk) and my mom was his Dutch Calvinist (zero sense of humor) co-dependent.

Moreover, my mom was quite frank about never having wanted kids.

Small wonder I lacked in all the good ‘selfs'… confidence, worth, esteem.

On the other hand, I had gained self-doubt in spades.

Fortunately, I developed interests that eventually led to a few self-esteem enhancing achievements; a career as an air traffic controller, making big wads of money as an affiliate and later authoring a book and speaking on the subject.

Better yet, I'd made some very good friends along the way.

So, when 3 years after leaving my air traffic control job, my earnings tanked so badly one month that I seriously doubted my future as an affiliate marketer — I made an important phone call to one of those friends.

I simply asked “If this all goes for a sh*t, can I have a room at your place?” to which my friend immediately replied, “Yes, of course“.

And just like that, all of the fear and self-doubt vanished in a second.

Ditching the fear gave me the brain space to find out what I'd done wrong, correct it and keep moving forward with my business — which has been successful ever since.

My ah-ha moment came in knowing that I had someone on whom I could rely if and when I needed support. Simple as that and nothing mattered more.

That happened a decade ago and I feel so fortunate to have completely shed the shackles of fear and self-doubt.

That, to my mind, is complete freedom.

I don't know what will help you create your ah-ha moment — but I do hope that you get there.

Maybe it's deciding that you're too old to hang on to someone else's crap view of you any longer. Or, choosing to ignore the negative inner voices. Or, embracing the wisdom in that ageless classic by Wayne Dyer, “Your Erroneous Zones“. OR, it could be years of therapy… but that gets expensive, so maybe you should get the book first. 🙂

Besides, about half of the therapists you ever meet will be more screwed up than you ever could be. Seriously, that information is based on experience. 🙂

So, do whatever you have to do… but do it.

I think what ultimately changed my life in so many ways was that I never stopped trying.

P.S. I should say that I feel not one speck of resentment for how I was raised or the people responsible. I actually feel sad that they themselves were so scarred and unhappy.

Ironically, I am grateful. For, if not for the years I spent hiding in my room, reading scores of books and pouring my soul out to my diaries – I may never have become a rich, happy writer. 🙂