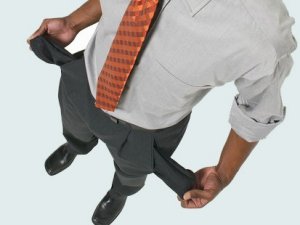 Have you been trying to start an Internet business and find yourself broke, desperate and coming to the end of your tether?

Well, you're not alone.

Here are samples of correspondence that I've received from folks who are in exactly that situation.

” …I have bought so many books I have lost count and am now so totally confused (and broke) about what to do I'm just about to give up.”

” …I am twenty years old and entirely dependent on myself. I have no parents and I am out on my own trying to make my way in this cruel world. I struggle to get by with my current job as a bus boy and I am tired of living from paycheck to paycheck. I am currently out of school and wish to go back but I do not have the time nor the money. I have dreams but do not have the time nor the money to pursue them.”

” …I am a parent, divorced and am struggling to make ends meet. I cannot quit my job.”

” …I am a mom of six children and I have tried and spent thousands of dollars on trying to make money.”

” …as a two month veteran on the Internet I don't know if I can take another hit. I feel like I've been 10 rounds with Mike Tyson and I'm really thinking about staying on the canvas. Thousands of dollars later and I'm still on the starting line!”

” …invested thousands of dollars of my savings in the last two years in home business that I could not afford.”

” …burned really bad within the last two years for alot of money.”

Do those statements ring any bells for you?

OK…I want you to pinch yourself to confirm that you're still among the living.

(My mother taught me that.)

No, seriously. Close your eyes, breathe deeply and feel your body relax.

Relaxed? OK, here are some suggestions.

The truth of the matter is that there are no shortcuts.

Each and every step is essential, and every successful netpreneur has paid his or her dues to get to where they are today. They did their homework, made mistakes, and learned the lessons – always believing in their ability to succeed.

Starting an internet business is still easier, faster and less expensive (by far) than starting an offline business. If you want to do it bad enough, you WILL find a way to make it work.