As someone who enjoys writing for the purpose of sharing information and to entertain, Twitter's 140 character limit leaves me somewhat cold… and quite frankly, despite being Canadian born and bred, I really DO hate being cold.

Here, in the screenshot below are the results of that automation… 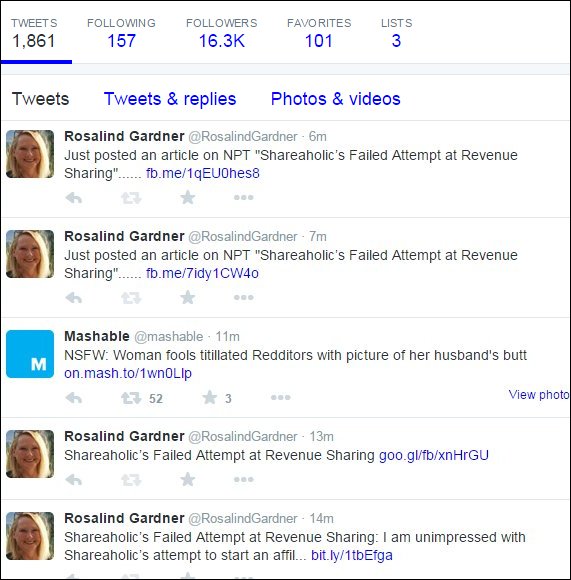 If you are a keen Twitter user / follower, seeing repeated entries for the same content from the same person is quite likely to irritate — and irritating your followers is NEVER a good plan, at least not if you want to build a following on social media.

So… once I saw this gigantic faux-pas, I basically killed all the applications that posted here, there and everywhere to all my social media accounts.

What I'm doing now, is taking the time to re-write and post entries that are dove-tailed to each of my social media accounts, including:

Since making that change just a short time ago, the number of followers on my various social media account has actually increased, whereas their numbers had remained rather stagnant before. We'll see what the future brings.

The point is, do NOT make the mistake I made by using too much automation to post to your social media accounts.

Take a few extra minutes to craft individual entries for each account to build followers on social media.