Note: I wrote this article when when President Obama was launching his “Green Energy Agenda”. There is no better time than today to get out there and sell green products.

Despite record drops in retail sales, skyrocketing unemployment and economists predicting that this recession/depression will last anywhere from twelve months to more than seven years; I'm predicting that the catastrophic failure of the me-first greed economy is the long-awaited “Great Opportunity” for the green economy — and no, I haven't been smoking ‘organic' cigarettes. Fueling my Utopic vision are a number of factors; including proposed government action, me and the other granola-crunchers in my neighborhood, and well… the cost of fuel.

Let's start with the latter.

With gas prices $4.00 per gallon and higher last summer, American drivers logged 10.7 billion fewer miles in September 2008 than they did the same month a year earlier, according to data issued by the Federal Highway Administration. Although holiday revelers rejoiced and took to the road again over Thanksgiving after the cost of crude dropped 62 percent from July's record of $147.27 per barrel, consumption again remained lower than during the same period in previous years. Perhaps the price crunch increased folks' appreciation for stress-free bus travel. Or, maybe there's been a collective realization that gas prices will again skyrocket when worldwide demand for oil outpaces production by a significant margin in a few short years and we've amended our wasteful ways.

Amidst the turmoil of economic collapse and rising concerns over U.S. dependence on foreign oil and energy security, President Obama is seizing the opportunity to rebuild the U.S. economy through investment in clean technologies such as wind, solar and fuel-efficient cars. Declaring that “few challenges facing America and the world are more urgent” than fighting climate change, he outlined the framework for an ambitious new plan intended to “transform our industries and steer our economy out of this economic crisis by generating 2.5 million new green jobs that pay well and can't be outsourced“. The promise of strategic long-term investments to solve energy security, economic stability and greenhouse gas emission problems marks a significant shift from ‘green movement' to an all-out ‘green revolution'.

At this point you might be thinking that green revolution or not, rising unemployment will stymie demand for environmentally friendly products which typically sell at premium prices. Well, this is where my neighbors and I enter the picture. With small or no mortgage balances and jobs in health care, policing and other essential services that aren't affected by economic turmoil, we are all keenly focused on not only preserving capital during the economic storm, but in making long-term investments that bode well for both our pocket books and the environment. Dinner party talk usually leads around to results of the latest energy audit, completed and planned home improvements to reduce consumption, as well as available tax grants and credits for energy renovations. We also invariably trade information about where to find the best deals on energy-saving appliances and products — and more often than not, we purchase those products online. 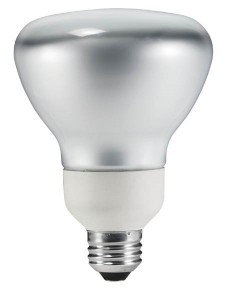 For example, the prospect of saving up to 75% on lighting costs (typically representing approximately 25% of a home energy budget) convinced me to outfit 98% of the lights in my home with compact fluorescents when the product was first introduced. Now, 10-watt LED bulbs that last up to 50,000 hours and are equivalent to 100-watt incandescent bulbs are available for home use. Those who have already replaced 150-watt incandescent bulbs with the 10-watt LED spotlights are reporting better and brighter task lighting in addition to the benefit of increased savings.

Although the initial outlay of $60.00 to $100.00 per bulb seems pretty pricey, taking a longer-term view and applying some simple math reveals that each bulb $400 to $500 in electricity savings over the life of a bulb – based on a median cost of 10 cents per kilowatt hour for electricity. That's not a cost — it's a no-brainer investment. Replace ten incandescent bulbs, save $4,000.00 (or more), invest those savings in the solar retrofit and pretty soon the local hydro-electric utility will be sending you a check every month for the power that you send back to the grid!

Alas, not so fast. You can't buy an LED light bulb that isn't attached to a Christmas string for love nor money here in Backwater, British Columbia. So, this is where YOU come in. You can promote those bulbs as an affiliate. Do a search for “LED bulb” and “affiliate program” and merchants such as Smarthome (partnered with Linkshare) show up at the top of the Google search results. Smarthome reports that their average sale is over $200.00 and they pay 8-10% sales commissions.

Go beyond the bulbs and check out the plethora of energy-saving products that are available for promotion through those and other merchants with affiliate programs. Visitors who might be loathe to drop $70.00 on an LED light bulb can be sold a $34.00 sensor-activated switch that dims conventional and fluorescent bulbs by up to 50% and extends the expected lifespan by up to 35 times. While you're at it, point that visitor to programmable thermostats that save 10 to 20% on the annual heating bill and cost as little as 40 bucks. For the still-skeptical, there are electricity usage monitors that display consumption by the kilowatt-hour and calculate electricity expenses by the day, week, month, or year and are an easy sell at $19.99. Put them on a list and they'll come running back to your site for the real energy-saving tools once they gain perspective on their current usage and potential savings.

The already-converted will appreciate full-scale reviews and comparisons of tankless water heaters that were in widespread use in Europe nearly 30 years ago and are only now gaining popularity in North America. Sold at both TanklessWaterHeaters and GreenandMore.com (Commission Junction merchants), the efficient heaters range in price between just under $200.00 and up to $800.00. Truly committed eco-warriors who think they have done all they can do to save the planet from meltdown, will surely jump at the chance to buy insulating paint additives that block interior heat loss by over 20 percent in winter and prevent solar gain in summer.

To achieve the highest possible conversion rates with green products, you should first appeal to consumer thrift. As in the example I gave above, provide your visitors with projected energy cost savings for each product you promote. Better still, let them factor in their actual per kilowatt hour electricity prices for the region in which they live with a javascipt caluculator and you'll give those in California and the backwater regions of Canada even more incentive to go greener.

To improve your conversions even more, add ‘nice to know' information about the topic that does not necessarily lead to a product review. Doing so helps establish your trust and credibility with your visitors, thus making them more likely to buy the products that you do recommend. The easiest way to do this is to re-publish syndicated content from a non-commercial site within the space, but you'll see more sales with your own informational articles written from real-life experience.

To sum up, the demand for green products is about to explode as are affiliate marketers' opportunities for making a LOT of green in this market. And although I don't want to appear overly dramatic, the future of the planet and all its species depends on you leaping aboard this wide-open opportunity and convincing everyone who visits your site to be and buy green.