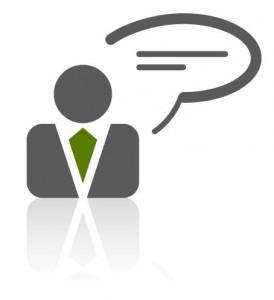 Everyone makes mistakes. Customers know this. How you handle those mistakes is the deciding factor on whether the customer will forgive you and come back, tell their friends about the experience, or heaven forbid, post negative remarks on the Internet about you.

So when should you admit to making a mistake? If you catch the mistake yourself, your best defense is to contact the customer with a resolution before they contact you and ask for one. That puts you in their mind as someone who is attentive to their needs, caring and honest about their experience with you.

Case in point: In early January I went in for what was supposed to be a simple hernia operation, but something went wrong. Apparently there was more damage on the inside than what appeared on the surface. After 6 grueling days of therapy and recovery, I was released from the hospital.

Two weeks later on my follow up visit, I asked the surgeon why the incision was 8 inches instead of 2. He said “I messed up”. I asked him to repeat it, which he did, then smiled. That was supposed to tell me he was kidding, but instead left me thinking he was just trying to diffuse the situation.

There was no explanation though, for the huge bump and numbness on my leg, which has spread to cover the entire thigh. What happens in the operating room when you are sedated? TV shows like “Grey's Anatomy” show that apparently a lot goes on in there. But my leg? The operation was on my stomach. Was I thrown like a bean bag? Only the surgical team knows for sure and nobody is talking. Did you really think they would admit anything?

I only went back to that surgeon after the first round because he is the only one my doctor recommended, even after I asked for someone else. Will I ever go back? No way! I will find another on my own.

How does that fit in with your own business? Your customers will seek alternative sources and vendors if you screw up so bad that their situation is not resolved. Making jokes about the mistake only makes the situation worse.

Customers remember 2 things:
1) That you either did well
2) Remember that you messed up

When you mess up without fixing it, your customers will tell 7 times more people than those they would when you made things right. They not only will never come back, but recommend others do not use your services either.